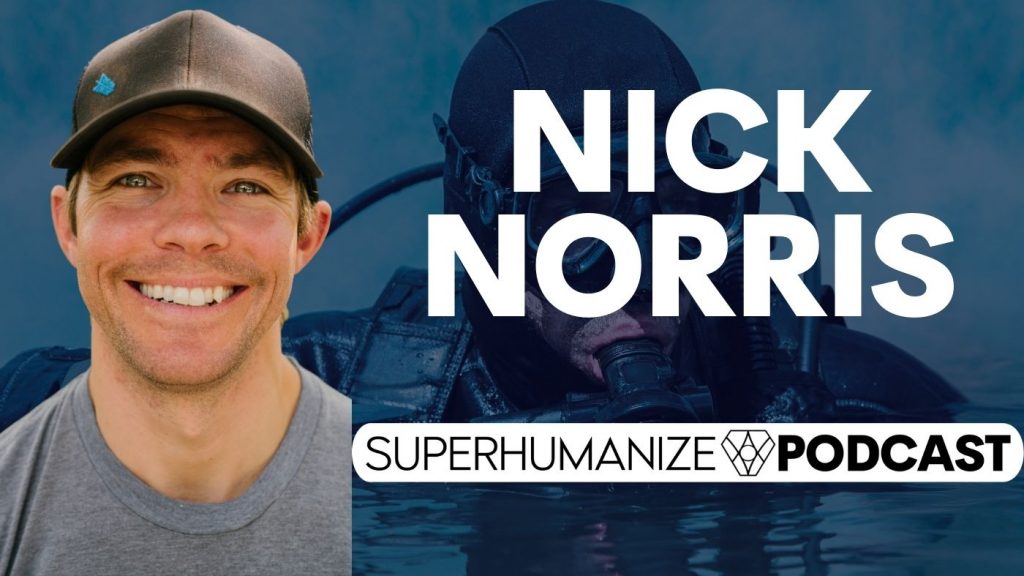 Navy SEAL teams are renowned worldwide to be at the absolute top of their game, physically and mentally. It takes a very strong mindset and endurance to become part of this elite group of highly trained warriors. My guest today, Nick Norris is a graduate of both the United States Naval Academy and Basic Underwater Demolition SEAL Class 247.

After transitioning off Active Duty, Nick had to battle with depression, and after all other treatments failed, he went an unusual route and sought treatment with ibogaine. This is the psychoactive substance found in plants like Iboga. The compound ibogaine is currently getting a lot of attention via international clinical studies as a treatment for addictions and also for issues such as depression.

Nick’s mission today is helping others heal and optimize their lives. He is the executive director of the C4 Foundation, which provides support and resources through science-based programs to active duty Navy SEALs and their families. He is a board member of Veterans Exploring Treatment Solutions, a nonprofit focused on ending the veteran suicide epidemic via resources, research, and advocacy related to psychedelic assisted therapy.

Nick is also the co-founder and CEO of Protekt Products, a wellness company that focuses on personal care products and nutritional supplements. Both Protekt, and the C4 Foundation value the power of time spent in the outdoors and the positive impact it has on overall wellbeing.

In my conversation with Nick, you’ll discover…

-Why Nick decided to become a Navy SEAL…

-How to avoid being impacted by other people’s negative opinions…

-Why high stress training made Nick better in combat…

-The role of failure in success…

-Nick’s use of ibogaine as a healing modality…

-If you fear losing your “warrior edge” when taking plant medicine…

-How Protekt helps others with performance…

-What’s next for Nick…