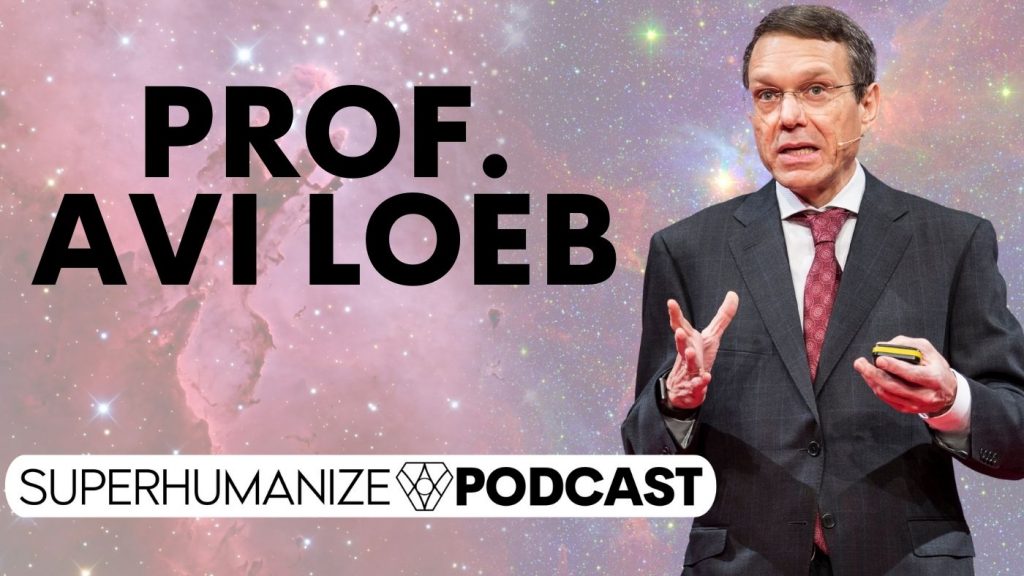 It is the most fundamental question of humanity: are we alone? Are we the only intelligent life in the Universe? The answer, whether it is yes, or no, has profound implications on every aspect of our lives. And yet, until very recently, the scientific community at large has refused to officially pursue the answer to this question.

My guest today is no stranger to controversy and not afraid to ask the question and to give his answer.

Professor Avi Loeb is a Harvard astrophysicist and arguably one of the world’s most famous scientists today. In his 2021 book “Extraterrestrial: The First Sign of Intelligent Life Beyond Earth”, he proposes that the interstellar object Oumouamoua, which passed through our solar system in 2017, may indeed be the creation of an alien intelligence. His book became an immediate New York Times bestseller and caused a huge stir in the media and the scientific community.

Professor Loeb is the author of five books and over 800 scientific papers. In 2012 Time magazine named him one of the 25 most influential people in space.

Professor Loeb is the Frank B. Baird Jr. professor of science at Harvard University, where he is also director of the Black Hole Initiative and the Institute for Theory and Computation and has worked on many advances in space and astrophysics, producing pioneering and provocative research on black holes, gamma-ray bursts and the early universe.

Today we will talk about his riveting hypothesis, which states that we are not alone in the Universe and about his work as the head of the Galileo Project, which focuses on the Systematic Scientific Search for Evidence of Extraterrestrial Technological Artifacts.

In this episode, you’ll discover:

-What makes Oumouamoua, the interstellar object that passed through our solar system in 2017, so unique…09:25

-There is little space for new ideas about outer space…14:30

-The Galileo Project: the million dollar question of whether to rendezvous or not…16:40

-Earth Ego and superiority complex: why the possibility of life on other planets is a threat for many…19:00

-The smartest kid on the block (as long as no one knows about the other ones)…23:00

-Professor Loeb deals with personal criticism by focusing on those who support him…27:00

-An expert answers how we should handle the first contact experience with extraterrestrials…35:00

-What have we been looking for and what SHOULD we be looking for…39:00

-Learn why whatever information we might have about life on other planets won’t be released to the public…43:00

-Avi’s positive outlook about how we could be inspired to behave better by outsiders; if we continue on the present path, we won’t survive more than a few centuries…48:00

-Why it is best to start from zero and build up: humility trumps arrogance…51:00

-Standing against the tide of naysayers from main stream science…55:00