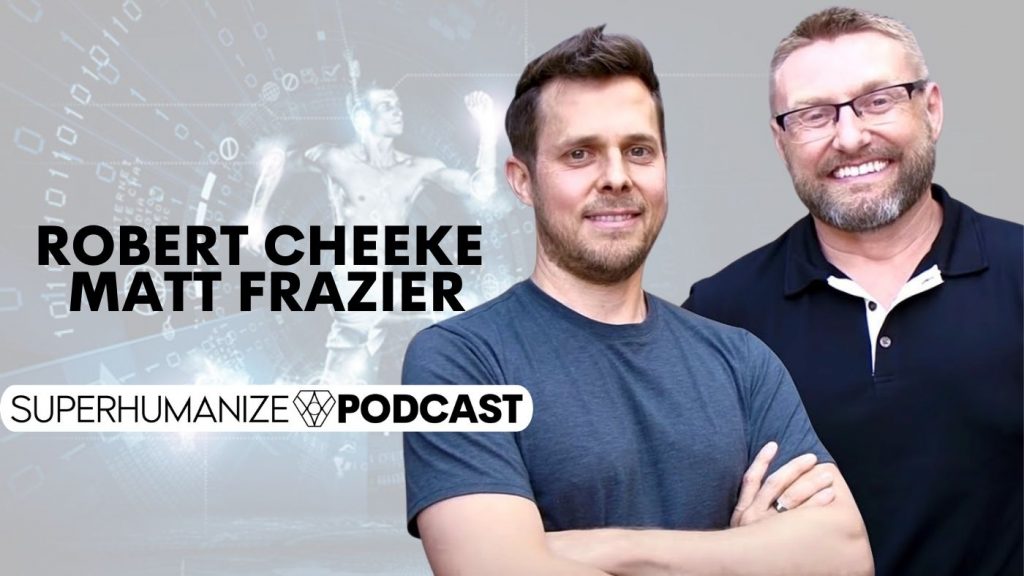 Is it possible to peak perform on a plant-based diet? Can you even be at your best mentally and physically without meat? Where do you get your protein from? If you’re a passionate plant-based eater like I am, you’ll likely have been asked these questions countless times. And for those of you who do eat animal products, let’s get the answer to these questions from two people who are at the top of the game of physical peak performance.

My guests, Matt Frazier and Robert Cheeke will prove just how powerful plant-based athletes can be. Matt Frazier is a vegan ultra marathoner, best-selling author and entrepreneur. He’s the founder of the No Meat Athlete lifestyle and host of the No Meat Athlete Radio podcast. Matt experienced that he was able to run much faster and longer with the help of a plant-based diet and qualified for the Boston marathon. After switching to plant based nutrition, Matt was named as one of the 100 most influential people in health and fitness.

Robert Cheeke switched to a vegan lifestyle when he was only 15 years old for ethical reasons. He’s the author of the best-selling books, Vegan Bodybuilding and Fitness, Shred It and Plant-Based Muscle. And he’s often referred to as the godfather of vegan bodybuilding. Robert is a two-time natural bodybuilding champion and the founder and president of Vegan Bodybuilding. Together, Matt and Robert have written The Plant Based Athlete, a book about peak performance powered by plants.

In this conversation, you’ll learn…

-The inspiration behind Matt and Robert’s new best selling book…03:30

-Why 60 world class athletes have switched to plant based diets…05:35

-The biggest challenge for athletes that switch to plant based diets…11:30

-The myth busted: Why specific sports are not more conducive to plant based diets…18:25

-Robert and Matt’s advice for athletes who are considering going plant based…24:40

-Why transitioning to become vegan may have “failed” before….31:40

-Which micro and macronutrients you should be eating before and after training…36:45

-How to calculate the nutritional return of investment in your diet…40:50

-What Robert and Matt have learned about the global plant based movement through their extensive travel and international speaking events…45:00

Matt and Robert’s Book: The Plant Based Athlete